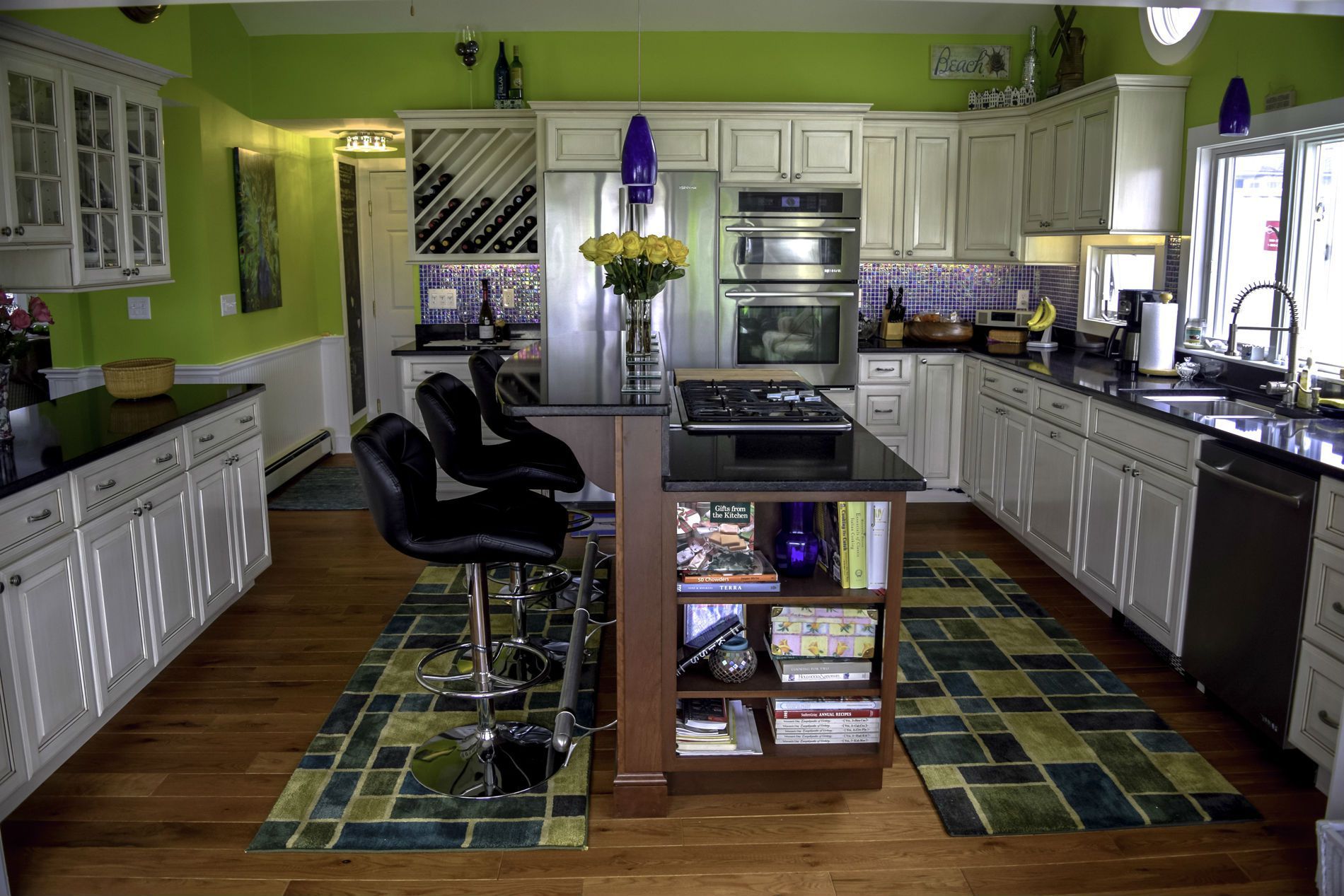 Capizzi Home Improvement was established in 1976. Since day one, we have been a family-owned, interior and exterior remodeling and restoration company; dedicated to the highest levels of service for our customers.

At Capizzi, we pride ourselves on setting standards rather than following them, while also maintaining the highest business ethics. We conduct our business professionally and honestly with both integrity and compassion for our employees and customers.

Our mission has always remained the same, to serve the needs of our community with quality service and excellence. We accomplish this by always providing the best materials, workmanship, and courteous service that our customers deserve from the first consultation to final follow up.

Mr. Thomas Capizzi, Jr. is President of Capizzi Home Improvement, a home improvement and remodeling company on Cape Cod, MA in business since 1976. Mr. Capizzi has elevated the business into the area’s leading home improvement and remodeling company, which is currently thriving under his leadership and a strong team of professionals, dominating the local market in Cape Cod, Massachusetts.

Throughout his 13-year sales career, Mr. Capizzi personally sold over $26,000,000 worth of home improvements from 1988 to 2001, receiving numerous sales contest awards throughout his career and achieving the highest personal sales recorded in the United States several years in a row.

Mr. Capizzi was recently featured in a national newsletter as possibly being the best remodeling salesperson in the country. Additionally, he was honored with the Sales Manager of the Year award in 2001 and Most Valuable Player in 2000, both on a national and regional level by Certified Contractors Network (CCN®). On top of his many sales achievements, Mr. Capizzi has also been awarded the title of “Best Boss” from CCN® and astounding five times (in 2006, 2008, 2010, 2013, and 2017) as well as having been named Best Member Speaker in 2011.

Mr. Capizzi is a frequent teacher and speaker, training contractors around the country on sales and financial management, as well as business strategies to be successful in today’s construction industry. Mr. Capizzi is also a professional real estate investor and has acquired and managed over $25,000,000 worth of real estate transactions including residential and commercial properties, turn-around projects, 1031 exchanges, and international development projects. Mr. Capizzi is an expert in the areas of sales and financial management in the construction industry.

An avid race car driver, Mr. Capizzi has seen numerous successes within the race car world. In fact, in December of 2014, Thomas Capizzi was named as one of the world’s most successful privateer BMW race car drivers of 2014. BMW Motorsports International competition included over 6,000 race results from 1,400 drivers in over 25 different countries, with 283 participating drivers tracked by BMW Motorsports, the top 25 ranked drivers were awarded invitations to the 2014 award’s ceremony in Munich, Germany. Incredibly, Thomas Capizzi was ranked 3rd overall. 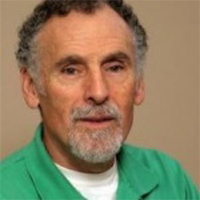 Thomas Capizzi, Sr. founded Capizzi Home Improvement in 1976. Tom has over 40-years’ experience in the construction industry. Tom Capizzi, Sr. is a Massachusetts licensed construction supervisor, he holds an OSHA Safety Training Card and is a Certified

Green Building Professional, a designation of the National Association of Home Builders.

Tom Capizzi, Sr. is currently serving on the Cape Cod Chapter of the National Association of Remodelers Industries Leadership Team and the Nari Green Team. Tom Capizzi, Sr. is and has been dedicated to serving the community through involvements with local youth programs and by supporting shelters for the homeless and families in need. He is also involved with the Cape’s Sustainable Living organizations, for which he has a great passion. 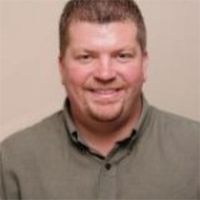 Gary has over twenty years of experience in remodeling and new construction with over ten years as a licensed construction supervisor.

Gary has been awarded Production Manager of the Year twice by Certified Contractors Network® (CCN), once in 2007 and again in 2017. In addition, Gary’s outstanding service to our customers and our company has also resulted in his being named 2018’s MVP by CCN.

Dana has a background in English, education, and customer service and has a B.A. in English from Bridgewater State University and a M.Ed. in Elementary Education.

The outstanding performance and service provided to us and our customers has resulted in her advancement from the receptionist to administrative assistant to office administrator to her current position as executive administrator.

Dana was honored with a Special Achievement Award for “Outstanding Service” in 2006 from Certified Contractors Network® (CCN) and was awarded Company MVP from CCN® in 2013. 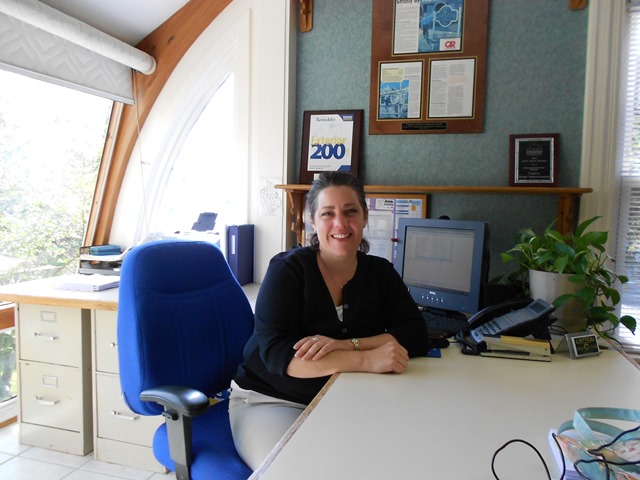 Kristen has a background in customer service.

She began with our company in the reception position and was promoted to her current position as finance administrator where she handles the accounts payable for our company. In addition she assists our property manager with our different rental properties throughout Cape Cod. Her dedication and enthusiasm is unparalleled and we are thrilled to have her on our team!

Kristen was also nominated through Certified Contractors Network® (CCN) for Administrative Professional of the Year for om 2016 and 2018. 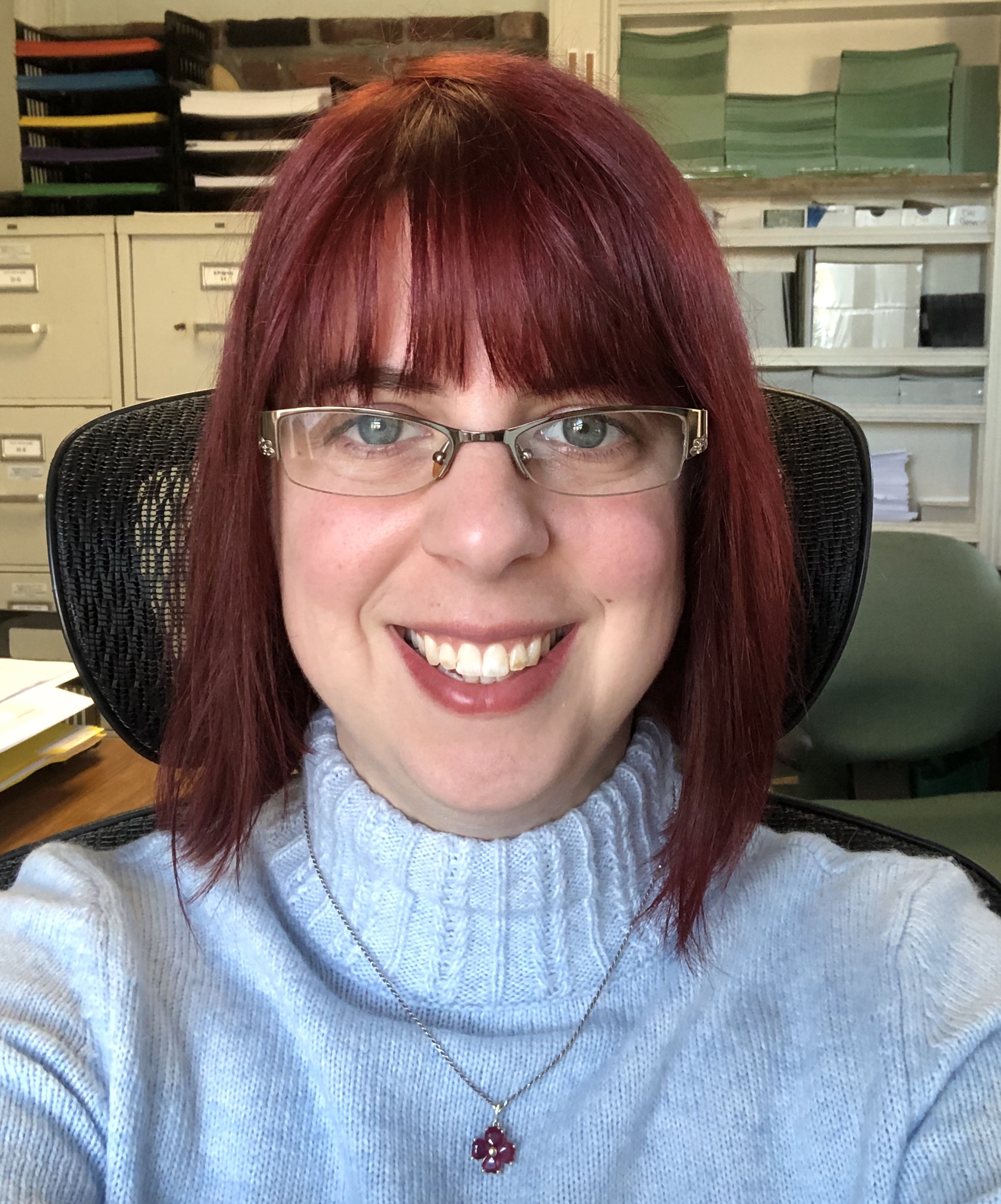 Sara has a background in management and customer service.

Sara also devotes her efforts year round as Area Coordinator-Cape Cod for Operation Christmas Child — a charity that collects and delivers gift-filled shoe boxes to children around the world — gathering shoe boxes from local businesses, gift wrapping thousands throughout the year, then distributing them where people fill them with toys, toiletries, and clothing items.

Amy joined the Capizzi team in June of 2022.

Amy has a background in social services as well as customer service. Amy earned her B.S. in Sociology from the University of Massachusetts in Amherst in 2004 and is a licensed social worker.

Amy is originally from the north shore but has spent the last decade on Cape Cod serving children and families.

Amy is also a certified yoga teacher and spends much of her free time enjoying the beautiful landscape that Cape Cod provides through hiking with her dog, fishing, kayaking, and boating. 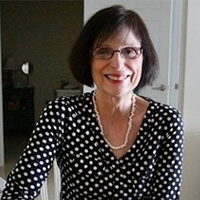 Jean handles the permitting process, which includes being the liaison between different Town Hall departments on and off the Cape. She also assists with various projects around the office. Jean has an extensive background in permitting, is the former owner of Sea Side Baby (her own retail store), and has worked as a Real Estate Broker since 1984. Jean is also a volunteer parent advocate for children with special needs and has successfully lobbied to get regulations passed at the state level under the Massachusetts Department of Education and is currently working to pass regulations on a federal level. Jean is also involved with the Massachusetts Educational Surrogate Parent Program as a volunteer Member of Cape Organization for Rights of the Disabled. 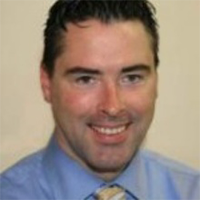 Aaron started with our company as our truck driver and advanced to the position of project consultant not long after. Aaron has learned the construction business from the ground up. He has won many sales contest awards throughout his career including the Most Improved Salesperson award in 2004 from Certified Contractors Network® (CCN) as well as a Special Achievement Award from Certified Contractors Network® (CCN) in 2006 for producing $ 5 million in career sales in his first five years as a project consultant.

Aaron has twice been awarded Salesperson of the Year by Certified Contractors Network (CCN®), once in 2015 and most recently in 2018, which is only achieved by meeting a stringent list of criteria, including the following: demonstrates professionalism (prompt for appointments, professional appearance, etc.), participates in continuing education, possesses a positive attitude, is a team player, and demonstrates superior technical ability.

Aaron’s Customers, the Perrys, had this to say about their experience:

“The service was professional, the workmanship flawless. The whole experience, to sum it up in one word, was stressless!” – John & Ellen Perry 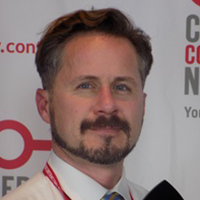 Doug has over ten years’ experience working in the construction industry here on Cape Cod. Prior to joining us at Capizzi Home Improvement, Doug ran his own successful general contracting business working primarily in the upper cape. Doug is experienced in both residential & commercial property renovations including design, carpentry, roofing, and remodeling.

Doug Cleary is a seasoned professional with experience in both sales and construction. With his extensive product knowledge and construction background, Doug is able to anticipate our client’s needs and provide appropriate solutions for their projects. 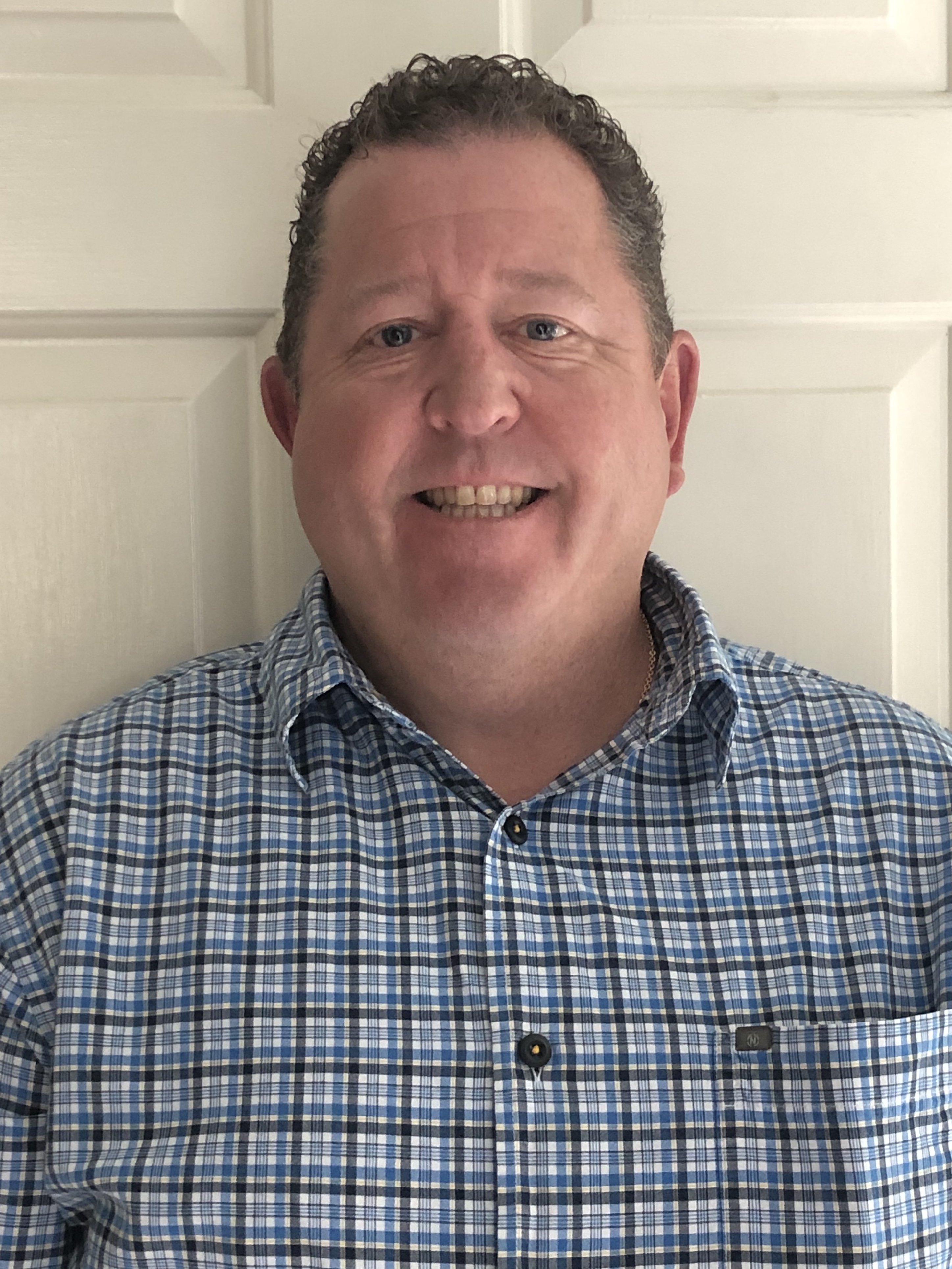 Matt joined our team in June 2020. He has spent time on Cape Cod in Falmouth and Mashpee all of his life either full time or as a summer resident. After graduating High School,he attended Nichols College in Dudley MA.

After graduating from college in 1991 with a Bachelors in Marketing and Minor in Business Administration, he relocated to Worcester and began working with Mass Mutual Insurance Company in the Financial services industry specializing in Pension Maximization and Asset Protection. In 1997, Matt moved to Mashpee full-time and began a College Financial Aid Consulting business ( Cape Cod CFA) helping families maximize their Students College financial aid packages and also started a mobile detailing company called Color Finishes of Cape Cod specializing in polishing, cleaning and maintaining yachts, cars and trucks.

He then teamed up with his father to open an Executive Search firm (Global Recruiters of Cape Cod) specializing in permanent placement for management level positions in the Building Materials and Construction Industries, eventually joining a Cape Cod Home Improvement Company specializing in Carpentry, Painting and House Washing, quickly becoming the company’s top producer and doubling company sales while selling over 1.9 million a year in General Home improvement services.

In my down time I enjoy family time, salt-waterfishing, mountain biking and playing guitar. Matt is married to Jennifer and has a daughter Casey, son Matthew Jr. and English Springer Spaniel dog named Ziggy. 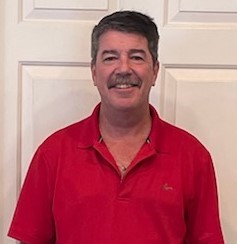 Michael moved to Falmouth in 1974 and graduated from Upper Cape Regional Vocational School in 1981 from the Electrical Department. He has worked in the construction trades for 46 years, 25 of those years in his own business as an electrical contractor and maintains a journeyman’s electrical license. Michael has also built 4 houses in Falmouth and rehabbed 1 other. Michael has extensive knowledge of how a home is built from the ground up.

Michael is also an avid golfer. 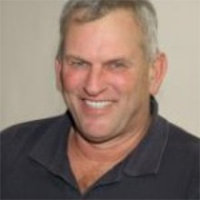 Jack Strumksi has been in the construction business for over thirty-five years. He has been employed by Capizzi Home Improvement since July of 2005, prior to that he was self-employed performing a wide variety of carpentry jobs. In his first year with Capizzi Home Improvement Jack was awarded Rookie Production Manager of the Year from Certified Contractors Network® (CCN) and has won several other awards since. Jack was named Production Manager of the Year for 2015 and was recently honored with Special Recognition in 2017 by Certified Contractors Network® (CCN) Additionally, Jack is a Navy Seabee veteran and is certified to teach carpentry in Massachusetts. Jack holds an unrestricted construction supervisor’s license as well as a CertainTeed® Master Craftsman Vinyl Certificate and CertainTeed® Roofing Wizard Certificate. He has also completed OSHA safety training. 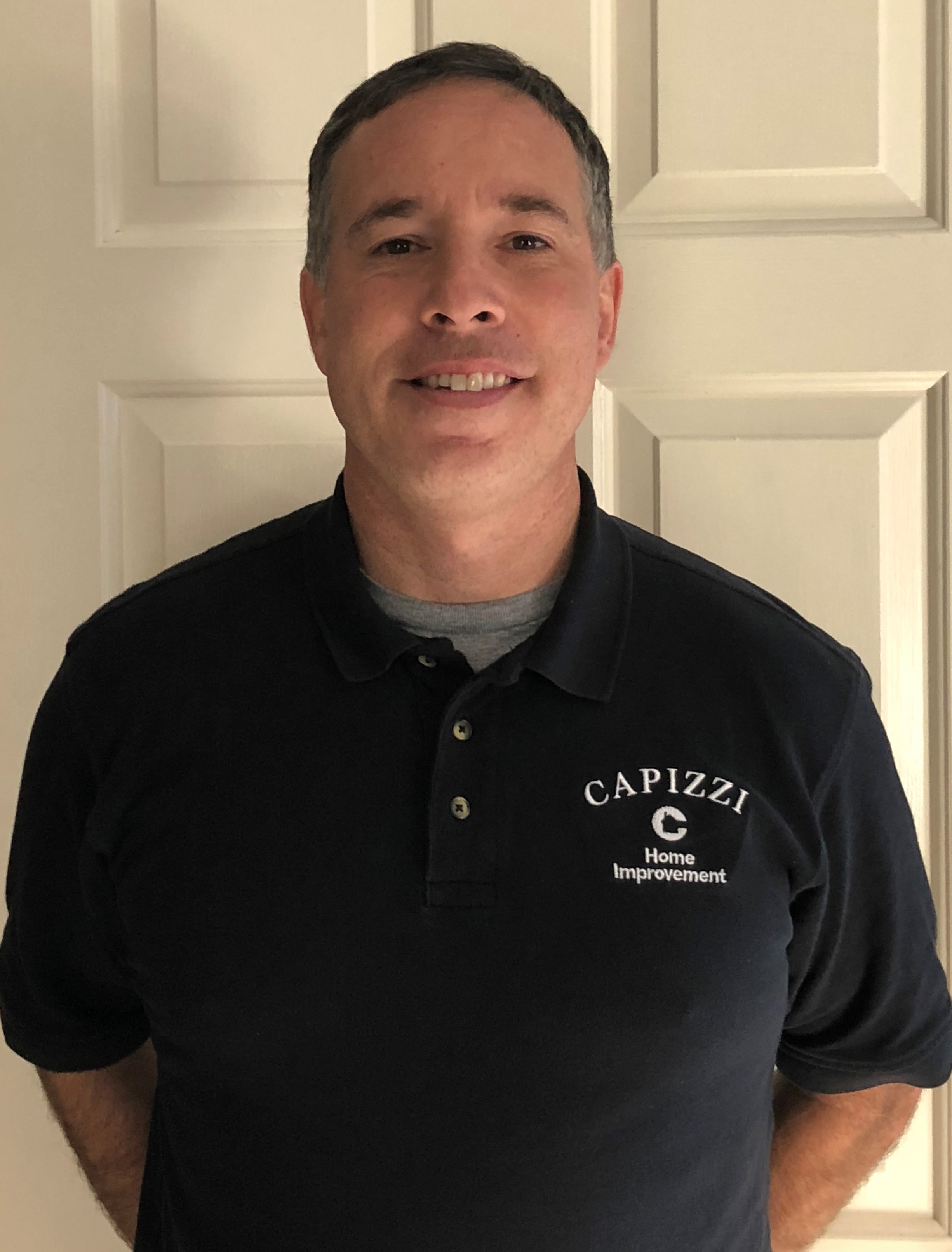 Bill earned his B.S. in Construction Management from Northern Arizona University. He has over twenty years’ experience in remodeling and new construction. In addition, he has extensive experience in project management having worked as a construction manager since 2003 and even heading up his own successful remodeling business prior to joining our Capizzi team.

As a Production Manager with our company, Bill ensures that the production of his assigned projects runs smoothly and efficiently for our clients. 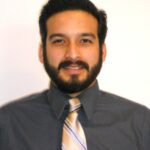 Betsy comes to us with 25 years of experience as a building and remodeling designer. She has experience in both residential and commercial design, as well as historic properties. She is extremely knowledgeable about building code and permitting requirements. To view some of her custom home designs, additions and renovation projects, visit her website at www.betsylaughton.com.

Click here to see the article in last August’s Cape Cod Magazine about some of Betsy’s work. 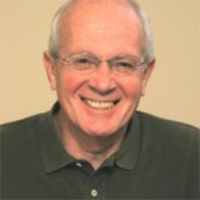 Mike came to us with a background in residential real estate rentals. Mike manages our real estate and rental division serving the residents and property needs of our many Cape Cod homes and apartments.